Well done to all the children who took part in the red carpet event this year. The red carpet was out, the rockstars were ready and the audience was fantastic. Twenty four children took on the challenge of completing a times table grid in under five minutes and they all had to be correct.

Well done to our two winners of lower school and upper school.

Teachers at Granby Who served in the First World War:

Mr Herbert Henry Tingle – Enlisted in August 1916 Visited the School in January 1917 returned to the school in March 1919, Health very poor with rheumatic fever and possibly shell shock, Lance Corporal 58483 Hubert Harry TINGLE. 10th Battalion, The Sherwood Foresters (Notts and Derby Regiment). He died on 16th January 1920 aged 31. He is commemorated on the Ilkeston Cenotaph and is buried in Ilkeston Park Cemetery in grave number 1341 with No Grave Marker.

Mr Gilbert Noon- Second Lieutenant (Observer) 20th Squadron, Royal Flying Corps and 6th Battalion, The Sherwood Foresters (Notts and Derby Regiment). He was killed in action on 29th November 1917 when age 32. He has no known grave but is commemorated on the Arras Flying Services Memorial, Pas de Calais, France and on the Ilkeston Cenotaph.

Possible Pupils. Service men from ‘The Role of Honour’ who lived in the Granby Catchment

Private 252444 Ernest BEARDSLEY. 2/6th Battalion, The Durham Light Infantry, formerly 3025 of The Sherwood Foresters (Notts & Derby Regt). He was killed in action Flanders, France on Wednesday 6th November 1918 when age 29. He was the son of Fred BEARDSLEY of Ilkeston and the husband of Elsie Elizabeth BEARDSLEY of 3 Cranmer Street, Ilkeston. He is buried in Grave B. 1. in the Esquelmes Churchyard, Pecq, Hainaut, Belgium and is commemorated on the Ilkeston Cemetery Memorial and on the Ilkeston Cenotaph. He previously saw service with the Sherwood Foresters (Notts & Derby) Regt where he served in Ireland during the rebellion.

Private 64616 Percy Wilfred FRETWELL. 112th Field Ambulance, Royal Army Medical Corps. He died of wounds on Saturday, 6th May 1916 when age 22. He was the son of Job and Mary FRETWELL of 40 Granby Street, Ilkeston. He is buried in Grave I. M. 15. Noeux-Les-Mines Communal Cemetery, Pas de Calais, France and is commemorated on the Ilkeston Cenotaph.

Private 1387 Stanley Guy KING. B Squadron, 2nd Battalion, The South Nottinghamshire Hussars. He was killed in action in Gallipoli on Sunday 5th September 1915 when age 24. He was the son of William and Edith L KING of “Fernhill”, Heanor Road, Ilkeston and previously lived at 7 Drummond Road, Ilkeston. He is buried in grave I. C. 18. Green Hill Cemetery, Turkey and is commemorated on the Ilkeston Cenotaph.

Private 78999 Edward Nelson Walthall PEARSON. 1st/7th Battalion, Durham Light Infantry. Born and enlisted at Ilkeston, Derbyshire. Formerly 88075 Private PEARSON of The Yorkshire Regiment. He was killed in action France and Flanders on 10th April 1918 when age 19. He was the son of Mrs Alice B PEARSON of 5 Granby Street, Ilkeston. He has no known grave but is commemorated on Panel 8 and 9 of the Ploegsteert Memorial, Comines-Warneton, Hainaut, Belgium and on the Ilkeston Cenotaph.

Private 156585 William Herbert STRAW. 2nd Special Battalion, Royal Engineers. He was killed in action Thursday 5th April 1917 when age 20. He was the son of William Barker and Louisa STRAW of 20 Granby Street, Ilkeston. He is buried in Grave VII. H. 12 at the Villers Station Cemetery, Viller-au-Bois, Pas de Calais, France and commemorated on the Ilkeston Cenotaph.

Private 17899 George Henry TINKLER. A Company, 2nd Battalion, The Leicestershire Regiment. He died of wounds on Wednesday 1st March 1916 when age 19. He was the elder son of Samuel and Louisa TINKLER of Myrabella Cottage, Heanor Road, Ilkeston. He has no known grave but is commemorated on Face C of the Kirkee 1914-1918 Memorial in India and on the Ilkeston Cenotaph.

Private 12807 George TOMKINS. 1st Battalion, The Sherwood Foresters (Notts and Derby Regiment). He was killed in action on Thursday 26th October 1916 when age 25. He was the son of Mr and Mrs TOMKINS of 2 Lower Granby Street, Ilkeston. He is buried in Grave G. 34 at the Ca

Thank you all for your kind food donations for the harvest festival​​! Father Tom visited us to tell us all about the celebration.

On the 19th January our school councillors took part in a debate at the Council Chambers, along with two other local schools. Our councillors were very good at expressing their opinions, as well as listening to the opinions of others.

The red carpet has been rolled out again as the Granby Rock Stars take to the stage to compete against each other - to see who is the quickest times table rock star. Well done to all who took part - another huge success with the audience joining in and Mr Lancashire creating the Rock Music. They all then enjoyed the VIP lounge, and in true rock star style - the cleaner has had to go in to clean up after them! Another successful Rock Star Wrangle.

Well done to those Rock Gods who were chosen because of their speed and accuracy of their times tables'. The Rock Gods had to walk down the red carpet - to be greeted by their screaming fans, as well as being accompanied by Mr Lancashire on the guitar. After the completion of the grids the Rock Gods were then whisked away to the V.I.P lounge where they were treated to food and drink. Well done to the fastest Rock Gods and to everyone for taking part. 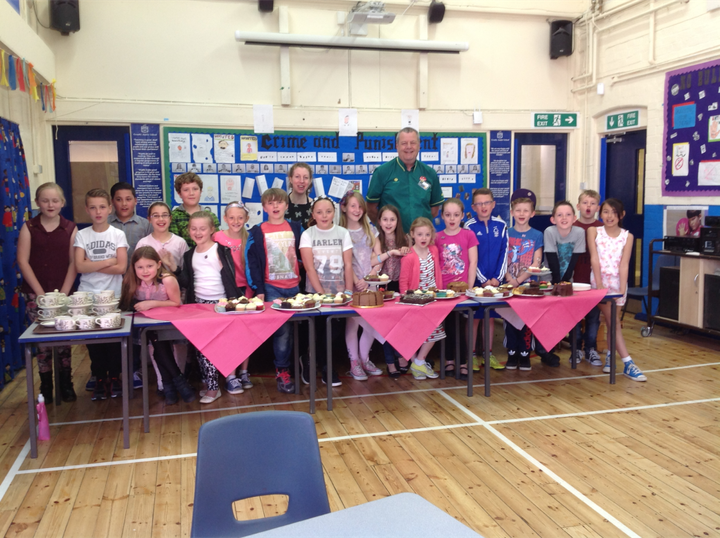 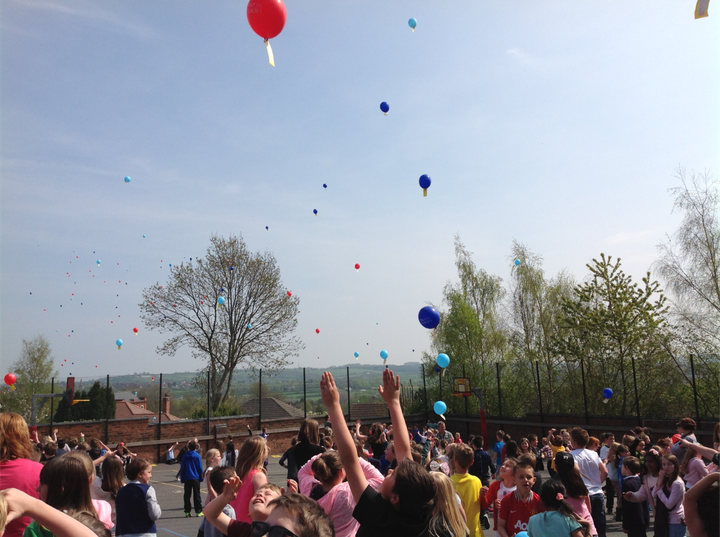 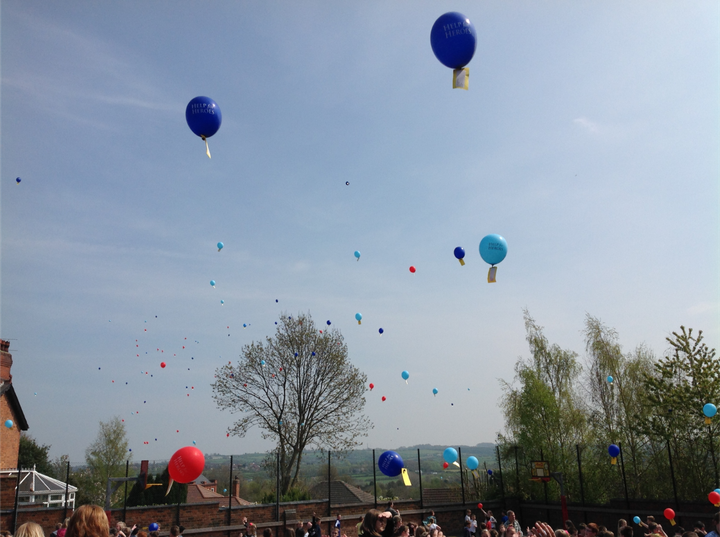 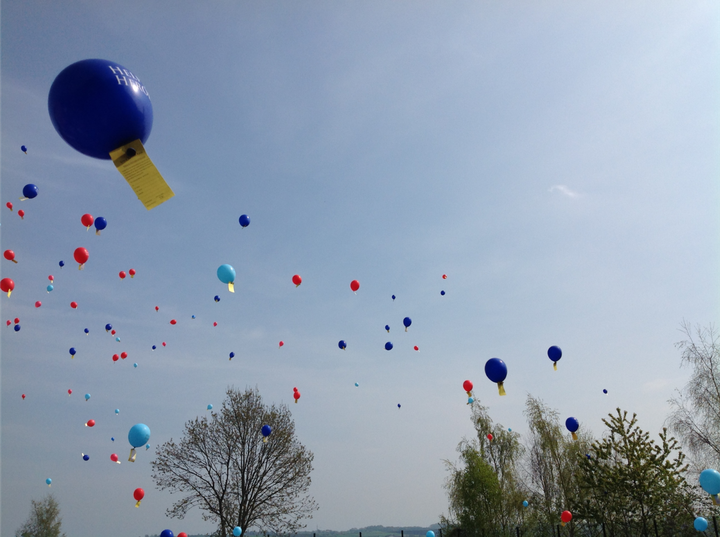 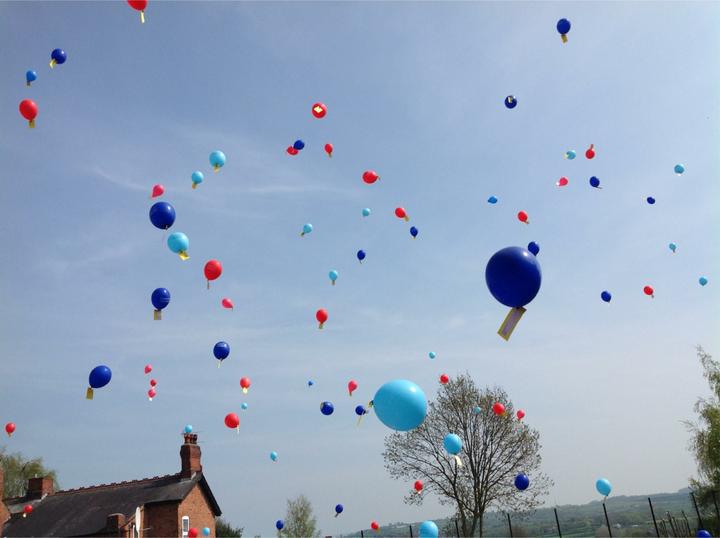 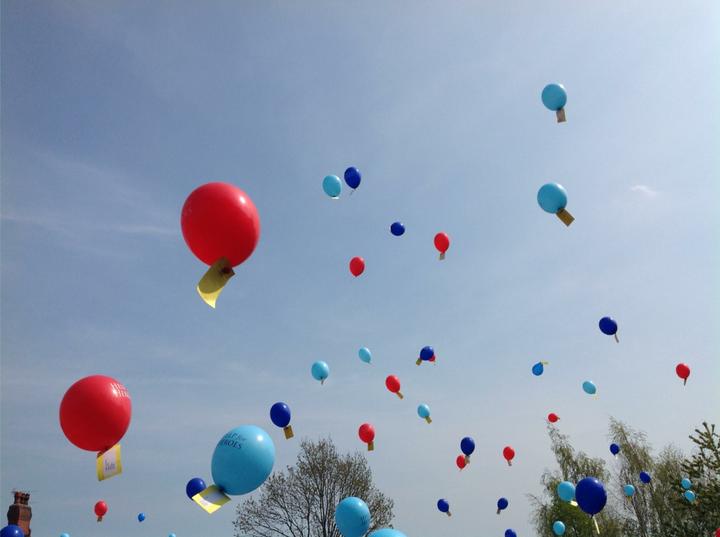 Welcome to the gallery!

Unfortunately not the ones with chocolate chips.

Some cookies are necessary in order to make this website function correctly. These are set by default and whilst you can block or delete them by changing your browser settings, some functionality such as being able to log in to the website will not work if you do this. The necessary cookies set on this website are as follows:

Cookies that are not necessary to make the website work, but which enable additional functionality, can also be set. By default these cookies are disabled, but you can choose to enable them below: