All up and munching into another delicious breakfast. Lots of smiles can be seen as we talk about what we have already achieved. The human alarm has done her job well this morning - the song of choice was 'wake up' by the vamps. However Mrs Shelton and Miss Robinson did require two verses before they conversed with Mrs Stevens.

Today is a little misty but we are all still ready for adventure days, zip wire, caving and biking to name a few.

We are all still alive and smiling. A fabulous day has been had by all - so many fears have been over come. Mrs Shelton's group all managed to complete the abseil first time - obviously down to the positive encouragement from Mrs Shelton - you need to do it so you won't regret it. The challenge was then given to Miss Robinson's group - which they achieved. 100% for two groups. However it did mean that both teachers then had to complete it as well.

Mrs Stevens' group have all turned into spiders climbing the wall, instead of Mrs Stevens climbing the wall. They have had the opportunity to complete the leap of faith, which most of them did. Also they are now able to read a map - so hopefully they will be equipped for the competition on Friday.

What fun we have had in storm Buxton

We have just returned from the storm winds of outside Whitehall. The children have had to make a shelter to protect them from the storm. All groups managed to make a shelter - but unfortunately they did not always protect them!!! There was also a strange character seen running round the grounds with a stick pretending to be a character from a fairy tale. It's ok though because she looked like Miss Robinson! We are all now clean, dry, in Pjs and ready for bed. 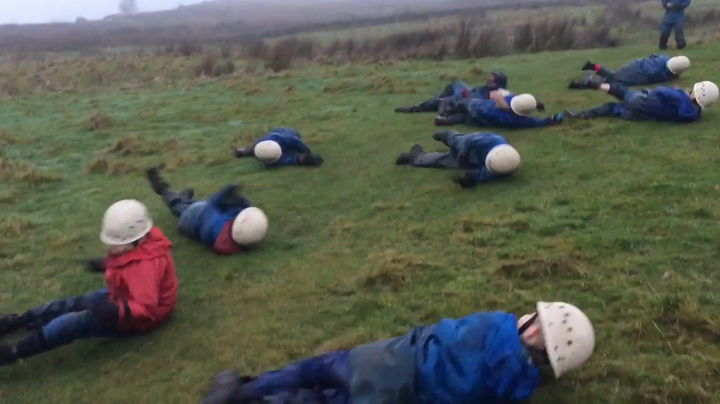